The Brotherhood of Mutants was a group of mutants dedicated to the cause of mutant superiority over humans. Throughout its various incarnations, the Brotherhood's agenda gravitated towards either subjugating the human race to the will of mutants or eradicating humanity altogether. Magneto formed the original Brotherhood of Evil Mutants, including Astra, Toad, Quicksilver, Scarlet Witch, and Mastermind, shortly after the public debut of the X-Men. After a falling out with Astra that led to her quitting the team, Magneto had the Brotherhood initiate an attack upon humans that was thwarted by the X-Men. Magneto then attempted to recruit the both thunder god, Thor, and Namor into his Brotherhood, but both refused. The Blob was the next candidate for recruitment, but he ultimately declined to join after seeing the way Magneto mistreated his followers. Mastermind then sought to recruit Unus; however, he was blackmailed by the X-Men into declining the offer in exchange for reversing his then-amplified powers. During an encounter with the enigmatic Stranger, Magneto and the Toad were captured and taken to the Stranger's homeworld, shortly after which Quicksilver and the Scarlet Witch joined a revamped version of the Avengers led by Captain America. After a tenure with the subversive organization Factor Three (intended to become a third major world power), Blob, Mastermind, and Unus banded together as a new Brotherhood. Following a failed attempt to settle the score with the X-Men, the trio were able to make the Beast believe he had killed the Avenger Iron Man and manipulated him into joining until he realized the truth and single-handedly defeated them. Eventually returning to Earth, Magneto re-formed the Brotherhood with Toad, Blob, Mastermind, Unus, and the Savage Land Mutate Lorelei to assist him in the creation of a being with unlimited power that he dubbed Alpha, the Ultimate Mutant. In an encounter with the Defenders, the rapidly evolving Alpha unleashed his powers, reducing the Brotherhood to a state of infancy. Subsequently restored to adulthood by Eric the Red, an agent of the alien Shi'ar race, Magneto formed a new Brotherhood comprising Lifter, Burner, Shocker, Slither, and Peeper. When they failed to capture the mutant with two bodies known as Mister One and Mister Two, Magneto abandoned this team, though they remained together as the Mutant Force and later temporarily became the Resistants.

The mutant shape-shifter Mystique formed her own Brotherhood of Evil Mutants, recruiting Blob, Pyro, Avalanche, Destiny, and her own foster daughter, Rogue. Mystique sent the Brotherhood against Carol Danvers, also known as Ms. Marvel, which ultimately led to Rogue absorbing and retaining Danvers' powers and memories. Mystique intended for the Brotherhood to assassinate then-anti-mutant Senator Kelly, but they met defeat after the X-Men intervened and were incarcerated. Rogue freed the imprisoned members from captivity, but the male members were quickly recaptured after a struggle with the Galadorian Spaceknight named ROM. Mystique then sought to recruit the Dire Wraith/human halfbreed Hybrid as a member; however, he proved too powerful for her to control, and the "Sisterhood" eventually aided Rom in temporarily destroying Hybrid. Subsequent efforts to target the X-Man Angel led to an encounter with Alison Blaire, with whom Rogue quickly developed a fierce rivalry until Dazzler definitively defeated her. Rogue eventually left the Brotherhood to seek help with controlling her powers and joined the X-Men. Soon after, Mystique's Brotherhood gained the support of the United States government by apprehending Magneto and became the first government-sponsored mutant team, Freedom Force. The team's ranks swelled with the addition of vigilantes Crimson Commando, Silver Sabre, and Stonewall, as well as the inter-dimensional Spiral and Julia Carpenter, the new Spider-Woman. Freedom Force conducted various missions for the government, ultimately losing both Destiny and Stonewall in battle against the cyborg Reavers on Muir Island. After Mystique, Spiral, and Spider-Woman left the team, the remaining members were sent on a mission to rescue nuclear physicist Harvey Kurtzman from captivity in Kuwait. The operation went awry after they encountered the Arab super team Desert Sword. During the battle, Pyro killed both Kurtzman and Desert Sword operative Veil, Super Sabre was beheaded by Aminedi, and Crimson Commando was critically injured. Avalanche and Commando managed to escape alongside a squad of American soldiers, leaving Blob and Pyro to be captured.

The Toad also organized a Brotherhood of Evil Mutants of his own at one point, including the Blob and Pyro, a woman named Phantazia who could disrupt machines and superhuman powers, and the Vampiric humanoid pterodactyl called Sauron, who is not an actual mutant. Toad's Brotherhood was concerned mostly with hatching revenge schemes against the X-teams, but was repeatedly defeated by X-Force, X-Factor, Darkhawk, Spider-Man and Sleepwalker.

Havok, while suffering from the effects of a nervous breakdown, was the leader of a short-lived Brotherhood of Mutants whose membership included himself, the Dark Beast, Fatale, and, briefly, Aurora, Ever and X-Man. This team turned out to be a setup by Havok to find out the illegal experiments the Dark Beast was performing and fell apart when Havok and the Dark Beast finally clashed. This incarnation was the first Brotherhood to omit the "Evil" from its name.

The following incarnation included new members the Mimic and Post as well as the Blob and Toad. They freed Charles Xavier from prison and helped the X-Men against the animated Cerebro, who had created a team of fake X-Men. They later cooperated with Mystique in an attempt to capture the Machine Man. The team disbanded shortly afterwards. During this time period, it was revealed that the teleporter named Astra had been a member of the original Brotherhood, but had quit before the team fought the X-Men.

Mystique organized another Brotherhood, drawing members from nearly every incarnation, and adding Sabretooth and Martinique Jason, the new Mastermind to the lineup. A training session also showed a new Super Sabre and Commando, but they were not included on the mission. This Brotherhood managed to assassinate Moira MacTaggert before they were disbanded. They were later started again in 1995.

Later, a short-lived Marvel series called The Brotherhood featured a large group of mutant terrorists, unrelated to any other version of the Brotherhood. The group was founded by the mutants Hoffman, Orwell and Marshal, but Marshal left the group and became a government agent. Hoffman hid his identity under the alias "X". Marshal had the orders to take down the Brotherhood, but was really planning on killing Hoffman and becoming the new "X". This series was canceled after nine issues, at which point all members had either been killed in the power struggle between Hoffman and Marshal or by the publicity-driven X-Force (later renamed X-Statix).

The next incarnation of the Brotherhood was led by Mystique again and included the new member Fever Pitch. This Brotherhood had infiltrated the X-Corps. Later Mystique would claim that she had not been involved with this incarnation and possibly the former incarnation as well, but that an imposter had taken her place.

Another Brotherhood was formed by former X-Man Xorn, who thought he was Magneto. His brotherhood were his former students Beak, Angel Salvadore, Martha Johansson, Basilisk, Ernst, Esme and old Brotherhood member Toad. Most members rebelled against Xorn after he accidentally killed Basilisk and his insanity became too obvious to ignore.

More recently, in the "Heroes and Villains" arc that concluded Chuck Austen's run on X-Men, a new version of the Brotherhood appeared. The team was led by the powerful mutant Exodus, who had once been Magneto's herald, and its other members included Avalanche, Sabretooth (who had simply been hired by Exodus), and new members Black Tom Cassidy, Mammomax, Nocturne (who was revealed to be spying on the team), and Juggernaut (who was later revealed to be a mole). After Black Tom killed Juggernaut's friend Sammy Pare, the "Fish-Boy", Juggernaut tried to destroy the Brotherhood. After knocking Juggernaut and several other Brotherhood members unconscious, Exodus led his team to the Xavier Institute to claim revenge for the apparent death of Magneto. The entire team was defeated by the second Xorn, who sucked them into the "black hole" within his head; Nocturne was sucked in as well, and Juggernaut followed her. They eventually landed in Mojoworld, where the others sold Nocturne and Juggernaut to Mojo.

In Young X-Men, Cyclops gathers the Young X-Men to eliminate the new incarnation of the Brotherhood, which consists of Cannonball, Danielle Moonstar and Magma, all under the leadership of Sunspot, Lord Imperial of the Hellfire Club. However, Cyclops turns out to be a disguised Donald Pierce, who is using the Young X-Men for his own ends.

In the final page of Uncanny X-Men #499, Martinique Jason is approached by a female that claims to know all her "sisters mutants" and offered to join the Sisterhood. This mysterious woman is revealed to be Madelyne Pryor and she is seen in Madripoor recruiting Chimera. She later went to Spiral's "Body Shoppe" and offered Spiral a place among the Sisterhood. Madelyne also claimed that they would soon made their move against the X-Men.

In Uncanny X-Force, Daken forms a new Brotherhood of Evil Mutants with Mystique, Sabretooth, Shadow King, Blob (AoA version), Skinless Man (Weapon III of Weapon Plus) and the Omega Gang (consisting of Omega Red, Omega Black and Omega White (composed of the original Omega Red)) with the apparent goal of exacting revenge on X-Force. The group was seen recruiting Genesis as their next member, in order to turn him into a new Apocalypse. 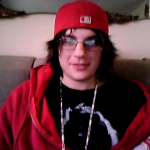