Kestrel was a member of Team X and later a test subject of the Weapon X Program. He was part of Team X along with Wolverine, Sabretooth, Maverick, Mastodon, and Silver Fox. John Wraith was a powerful teleporter, capable of getting the team out of sticky situations after their job was finished. He had a penchant for explosives, arming himself with shaped charges, explosives that were built to direct the force of their blast in specific directions based on how they are deployed. Like the other members of Team X, he was given an artificial age suppressant so he was likely much older than he looked. His time as a secret agent and a member of the Weapon X program left John somewhat paranoid. His house was a veritable death trap, as was the yard around it - John trusted no one.

He made a habit of keeping his skill a secret from his compatriots as well as his foes, using it only sparingly, and if no one was looking directly at him - unless it was absolutely vital. The only time when his fellow Team-X members found out about his powers was when they went up against Omega Red. John was backup on that mission that Wolverine, Maverick, and Sabretooth ran in Germany to collect a carbonadium synthesizer, and when that trio burst out of the target compound with Red in pursuit, John stalled him with his gun until the others got away. Unfazed, Omega went to wrap John up and tear him to pieces, but John teleported to safety at the last second, with only Wolverine and Omega Red seeing this. There was also a certain animosity between him and Sabretooth. He was about as violent as his fellows from the Weapon X program, but a lot more merciful and didn't enjoy killing innocents while on a mission, which put him at odds with people like Sabretooth. Sabretooth once languished for quite a time in John's basement with several shaped charges strapped to his chest. Unless he had a really good reason to, Sabretooth wouldn't lift a finger to help John.

Years later, John had tracked Wolverine and the rest of his old teammates down because it seemed that there was a problem with the age suppression factors given to them by Weapon X, as one of their number, Mastodon, had suddenly aged quite rapidly and been reduced into a pile of ooze. With their help, John discovered a list of termination candidates from the Weapon X project. They recognized themselves on the list plus a man named Aldo Ferro, who they knew was a big time mafia chief, Il Topo Siciliano. They tracked Ferro to his secluded island where they discovered Maverick guarding him. Maverick soon changed sides when Ferro, aka. Psi-Borg, revealed that he was the one who used his psi-powers to speed the false memory implantation of the Weapon X subjects. After this fiasco, John hung out with Wolverine for a month or two, but then vanished.

Wraith was later re-recruited into Weapon X by the "Director" and his mission was to recruit Maverick as well. However, Maverick fought back and Wraith was shot and then had his neck broken by Sabretooth, who was planning on betraying the Program and couldn't trust Wraith.

Phase-Jumping: psionic ability to teleport at will from any point in space to another, with what would appear to be an exceptionally high range. He could move about space at will, appearing and disappearing in a fashion that left no flashy burst of light or sound.

Anti-Aging Factor: which made him age slower than normal 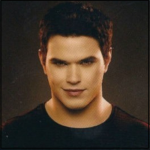