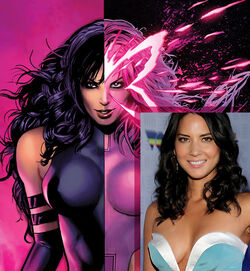 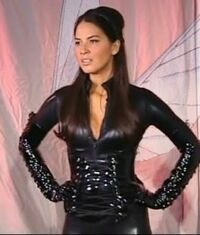 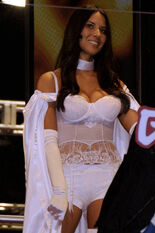 Joining recently announced newcomer Lana Condor (Jubilee), Olivia Munn has landed a credit in the upcoming X-Men: Apocalypse as the telepathically and telekinetically gifted mutant Psylocke. Lacking a substantial presence in the X-Men films thus far, this will only be the second appearance for Betsy Braddock (first appearing in X-Men: The Last Stand), whose twin brother Brian is currently filling the role of Captain Britain.

Munn is well known for her geekdom, and specifically her love of cosplay as she regularly attends events such as Comic-Con dressed as a wide variety of characters from comics, movies, and video games. She's been seen as Chun Li from Street Fighter, Lara Croft from Tomb Raider, Leia, Slave Leia, and Wonder Woman - as well as the two Marvel characters you see here, The Wasp and Emma Frost. It's a safe bet she's super excited to be able to perform the ultimate cosplay as a comic character in an official capacity!

What do you think of this casting choice in general? Is she a good fit for Psylocke?