Up to 6 players (simultaneously)

X-Men is a side-scrolling beat-em-up arcade game produced by Konami in 1992. In the game, players control one of the six playable X-Men in order to defeat Magneto and his Brotherhood of Evil Mutants. It is based on the unaired animated pilot for X-Men: Pryde of the X-Men. In 2010, an HD Port of the game was released for PlayStation Network and Xbox Live Arcade, and an iOS and Android version was released later.

When a large group of Sentinels under Magneto's control start rampaging in the city, the X-Men are dispatched to stop them and save the city. However, while they are gone, Professor X and Kitty Pryde are kidnapped by Magneto, forcing the X-Men to follow them to Island M to rescue them. After rescuing Kitty Pryde, they find the Professor, who lures them into a trap after revealing himself to be Mystique in disguise. After escaping the trap, they get a mental call from the real Professor X, who has been taken to Asteroid M. The X-Men travel to Asteroid M in the Blackbird, and rescue Professor X after defeating Mystique-as-Magneto. They then defeat the real Magneto, and escape as Asteroid M explodes. 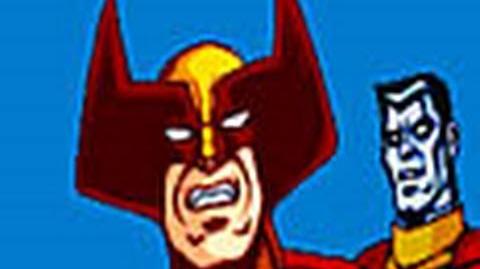